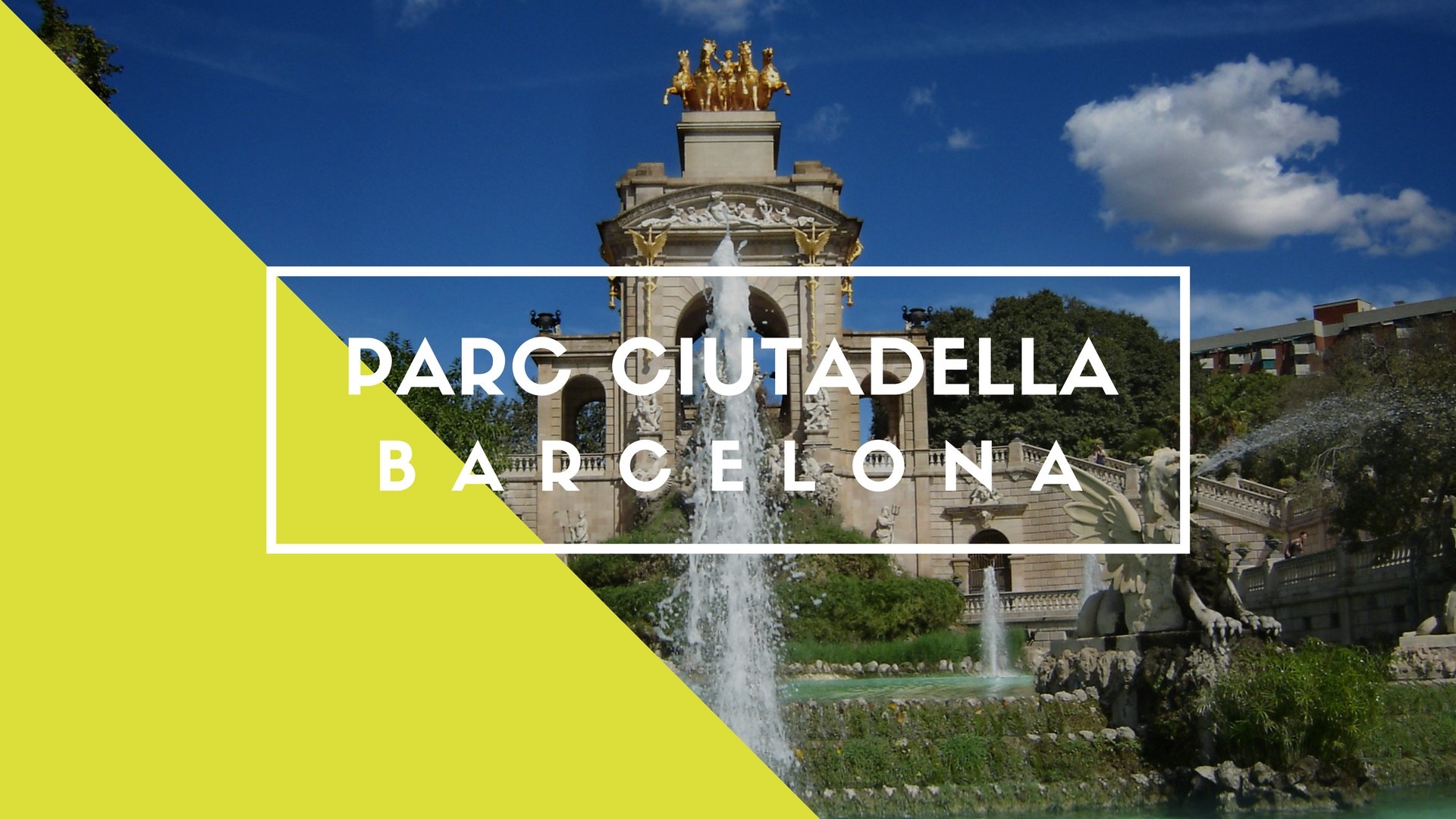 There are lots of parks to choose from in Barcelona (60 to be exact!). The famous Gaudi Park (Parc Güell) is to the west of the city, just behind the beautiful cobbled streets of Gràcia (district). If you’re looking for a park closer to the centre, however, look no further than Ciutadella Park (Parc Ciutadella). It’s in-between the districts of El Born and Poblenou: two buzzing districts with plenty to do and see. It’s also next to Barcelona’s Arc de Triompf which is certainly worth visiting. It has a beautiful, long boulevard (a popular place for skateboarders, roller-skaters and street performers). You can always make this on route to or from the park. Finally, it’s just a short walk from the sea! You can easily access either the Barceloneta beach or the many beaches further up, by Poblenou.

The location is great but Ciutadella Park is worth seeing in spite of this. There are lots of entrances to the park and in each entrance you are greeted by something different. At one end, there’s a giant greenhouse, surrounded by beautiful flowers. At the other end, there are outdoor ping-pong tables (which are really popular on Friday and the weekend). As you head inside, you can see huge fountains with a golden chariot on top. In spite of its financial crisis, Spain hasn’t held back on furnishing its parks with ornate structures. Right in the middle is a lake where you can rent rowing boats. It’s a lovely way to spend the afternoon. Look out for the woolly mammoth nearby (seriously!). At the bottom of Ciutadella Park (near the sea) is a zoo. Adult tickets cost $19.90 and children are $11.95. If seeing a woolly mammoth is enough for you though, grab some food and drink and spend an afternoon relaxing on the grass. Time well spent!

Ciutadella Park is open every day, all year round. The gates lock at 10pm though so don’t get caught out. It’s isn’t hard as well. In the summer, it’s often not dark by that time. There are also lights which come on over the ping-pong tables and it’s not unknown for intense games to lead to being locked in! It’s a very fun, family-friendly place. There’s lots of ice cream to be had! Prices are a little inflated inside, however, so it’s worth buying food and water before you go in. If you don’t feel like walking, there are two metros near the park. One metro is called Ciutadella / Vila Olimpica and the second is Bogatell (both of these metros are also close to the sea!).

Parc Ciutadella is the most popular park in the centre of Barcelona. It’s a beautiful space and even has a lake with rowing boats for hire. Great for all ages and tastes.