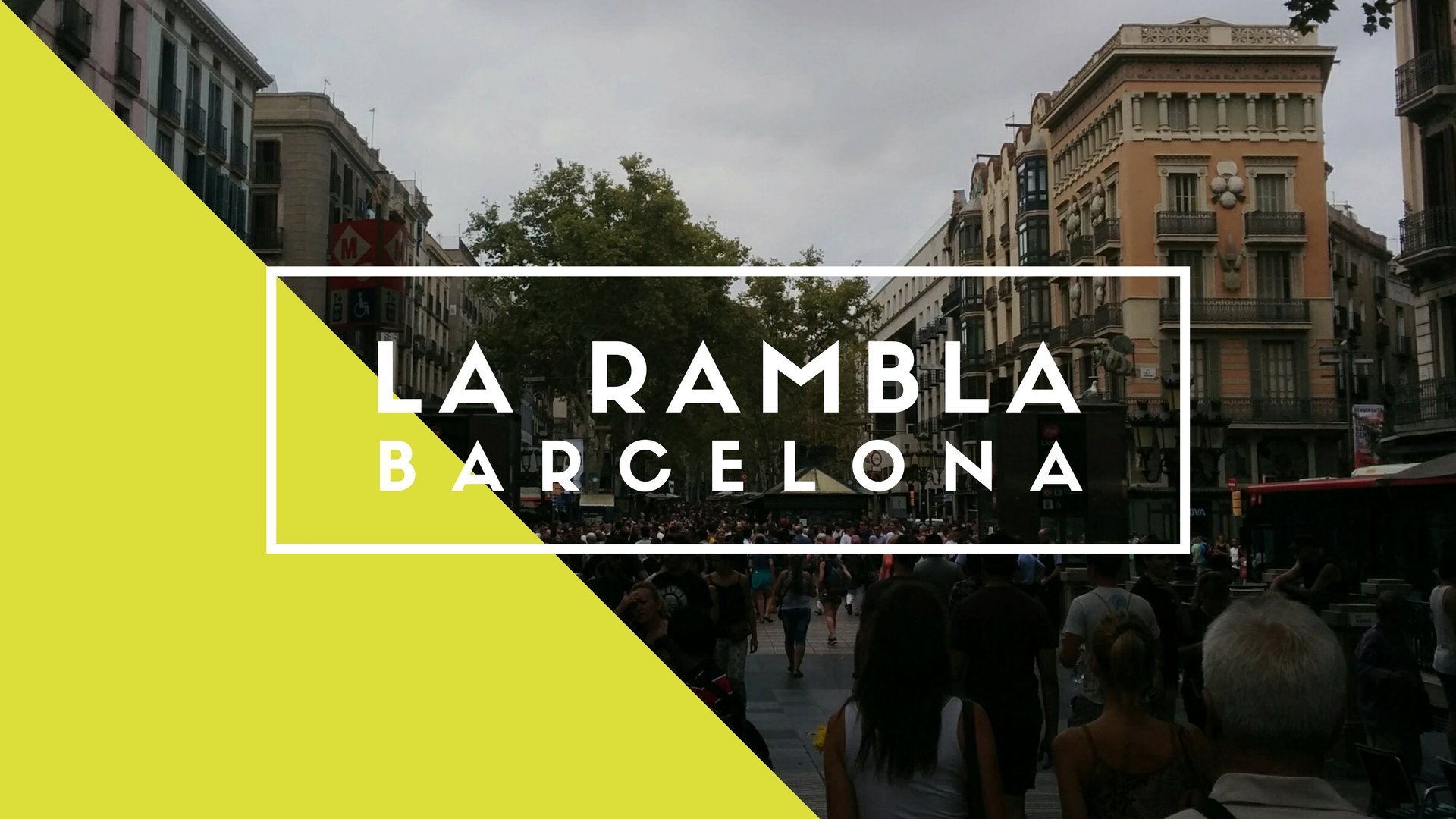 “The only street in the world I wish would never end” - Federico Garcia Lorca. La Rambla is situated in the very centre of Barcelona, connecting Plaça de Catalunya to the north and the Christopher Columbus Statue in Port Vell (and the sea!) to the south. It divides two districts (Gótico and El Raval), making it a great central point from which to explore Barcelona. It is lined with trees and has a big central boulevard running the whole way down. There are endless restaurants and bars open all year round, as well as street artists, performers, theatres and other shops.

La Rambla isn’t just popular in the daytime. At night, it stays very much alive as a hub of late night drinking in their many bars and clubs (which stay open until the early hours of the morning). La Rambla is a hugely popular destination for tourists in Barcelona so don’t be surprised to find a hustle and bustle of fellow, exploring travellers!

There’s a real buzz on La Rambla, not only from the tourists, but the many locals trying to make money as well. Usually, of course, this will be entirely innocent; maybe someone will try to sell you a portrait or perhaps even paint your portrait. La Rambla is also infamous for pickpockets too, however. While this is an absolute must to visit, make sure you keep all your possessions safely concealed. Don’t worry, Barcelona is a very safe city but it is also a notoriously light-fingered one as well. If you take precautions, however, this just won’t be an issue.

La Rambla is open all year round and as are the shops, restaurants, bars and clubs. While it’s a great place to see (and drink a few sangrias on!), try not to get stuck here, as so many do. It’s easy to understand why people come back to La Rambla day after day but remember there’s so much more to see! Also, don’t forget to check out La Boqueria: a market full of delicious food, just off La Rambla.

La Rambla is the most famous street in Barcelona. It’s as central as you can get. A must-see but the drink and food prices here are inflated.

4.6 (5 votes)
Grab Exclusive Member's ONLY Deals For Dozens Of Other Attractions In Barcelona