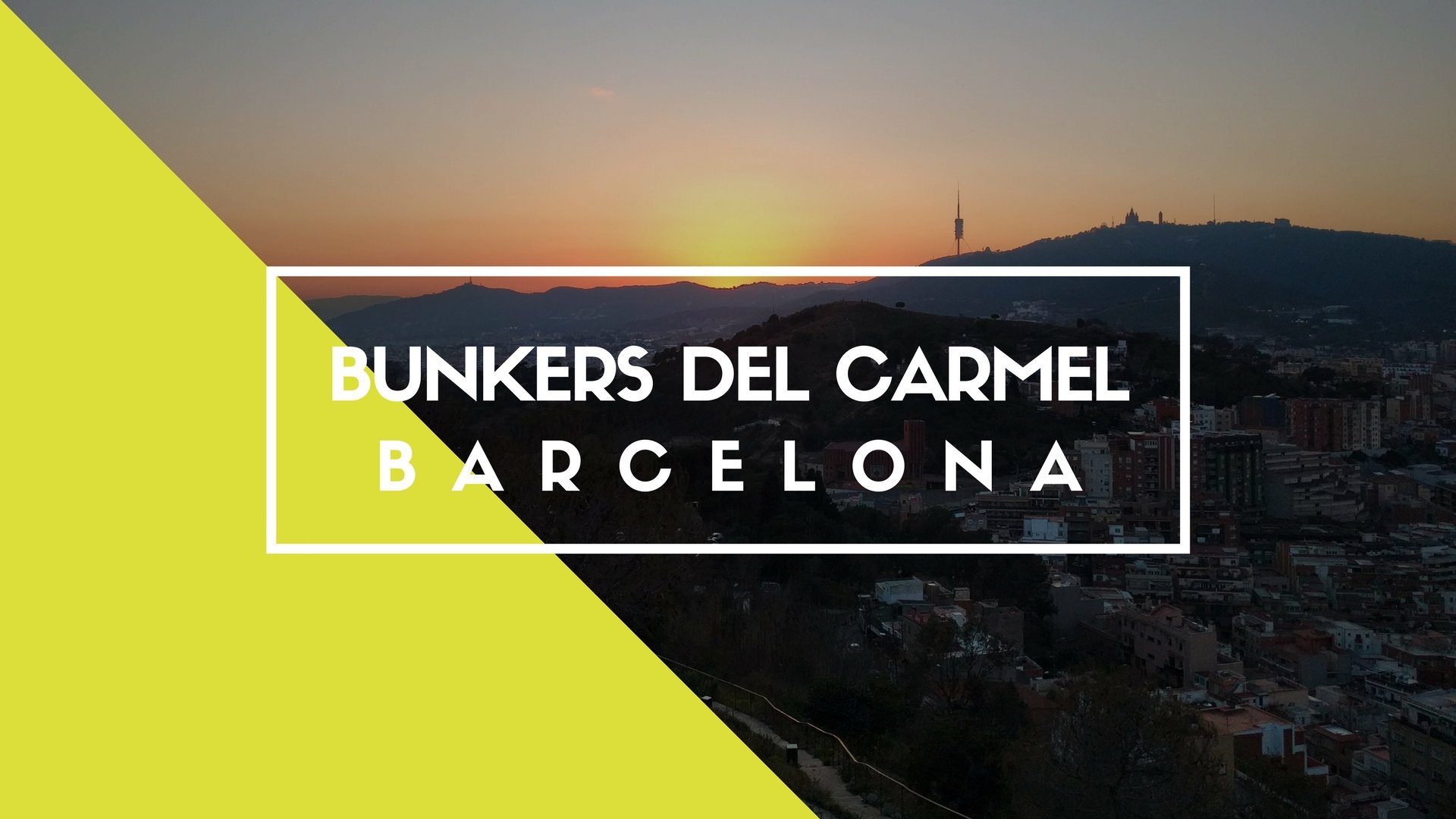 Bunkers del Carmel, often referred to as simply “the bunker”, is one of the most popular places to go for those in the know. That’s not to say it’s a tourist hotspot. The amazing thing about this place is it’s off the beaten tourist track. That really is amazing because it’s one of the best places to view the whole of Barcelona from. It has a 360˚, panoramic view of the city and unlike most other viewpoints, it’s free! Don’t wait forever though. The bunker has been gaining awareness. Particularly since the film “Tengo ganas de ti” (“I desire you”) featured the view from the bunker on their promotional poster.

Surely “bunker" means something different in Spanish than English? No. Well, they put an accent on their “u” but the name comes from the anti-aircraft bunkers built there in the Spanish Civil War. You can still see the bunkers there today. Don’t worry though, they’re not in use! Now you’ll just find people looking pensively into the distance and maybe the odd picnic or too (a great idea if you plan to go with friends or family). If you’re interested in learning as you go, you can book onto a tour with MUHBA Museum. Most people, however, choose to make their own way up. Remember, if there are fireworks (and Barcelona has plenty of slots for fireworks in its calendar!) then the bunker is a great place to watch them from.

Bunkers del Carmel is at the top of a hill (known as Turó de la Rovira) and so it’s not the easiest place to get to in Barcelona but it’s not too difficult as well. You can get there by bus, metro, bike or car. If you choose to take the metro, you’ll have a fair amount of walking to do on the other side. The bus is the cheapest and easiest option. Lines 24, 92, 114, 119 and V17 will get you there. You can of course get a taxi there but getting a taxi back can be more difficult. You may have to walk quite far before getting one back. Remember to take enough water if it’s a hot day (Bunkers del Carmel doesn’t have any shops) and don’t forget your camera!