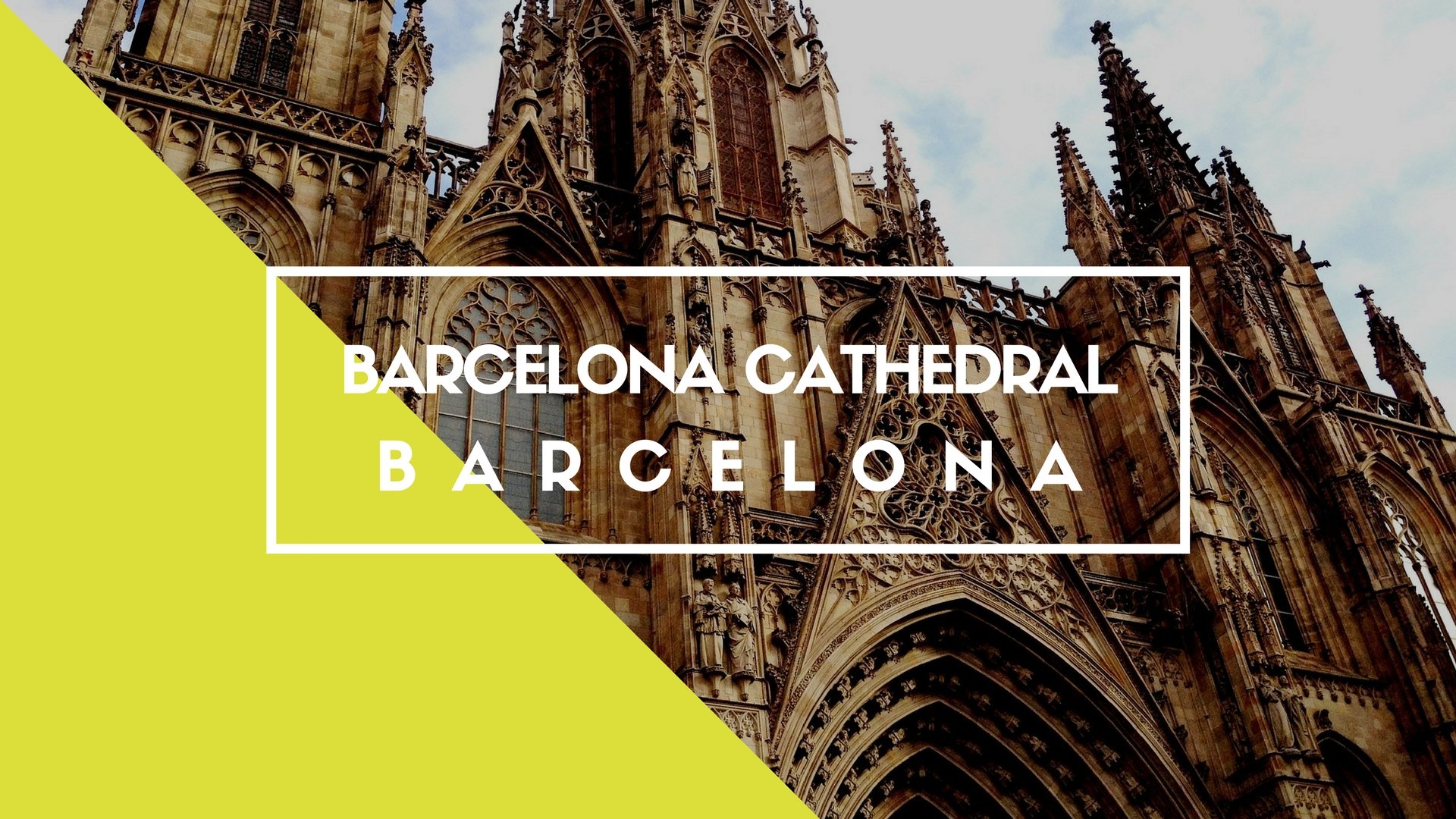 Catedral de Barcelona (Barcelona Cathedral) is 700 years old and the main cathedral of Barcelona, even though the Sagrada Familia is better known. While it is in the shadow of the Sagrada Familia, it is a beautiful structure in its own right. In-keeping with the rest of the neighbourhood (the Gothic quarter), it is in a Gothic style. In many ways, you can get the greatest sense of its powerful and slightly ominous presence from the outside. Most people choose to do just this, locals and tourists alike.

There are often music performers (usually buskers) and lots of other street entertainers outside Catedral de Barcelona. They are all free to watch and enjoy – and some of them really are amazing – but they work very hard and you’re likely to be their only source of income. They won’t be expecting anything from you but if you can afford to give 50 cents or a euro away, you’ll be rewarded with a warm fuzzy feeling I’m sure!

The front of Catedral de Barcelona has steps leading up to it where lots of young people like to hangout. It’s a beautiful spot, as is the rest of this area. Plaça Nova and Placita de la Seu are always buzzing with people and things to do. They often have markets here and there are plenty of restaurants to enjoy a meal, a glass of wine and the view of this magnificent building. Catedral de Barcelona is much longer than it is tall. It’s 53 metres tall (which is high!) but 90 metres long.

Don’t just look at Catedral de Barcelona from the front. It really is just one part of it. The walk around the cathedral is well worth it. It has beautiful, narrow, Gothic pathways leading around it. You might come across the occasional flamenco guitarist as you make your way round. There are also lots of other things to see and do nearby. There’s the Museu Frederic Marès (a sculpture museum), the Museu d’Història de Barcelona and the MUHBA Temple d’August (1st Century BCE columns from the temple of Augustus) and much more.

It’s not just about the architecture or even the things to do in the area but the feeling around it as well. It’s always a very happy area, even without the sun. A beautiful place with beautiful people! As with a lot of central landmarks, you’re likely to come across it by chance. Having said that, it’s not worth leaving chance to fate! Even if you’re not staying in the centre, it’s easy to include Catedral de Barcelona when you do venture in.

Catedral de Barcelona is just a street away from Plaça de Catalunya and La Rambla. You shouldn’t therefore need to get public transport or a taxi (from the centre). To get here then, you just need to get to the centre. The closest metro is Jaume I. All of the central metro stations are relatively short walk from Catedral de Barcelona, however. If Liceu, Catalunya or Urquinaona are easier for you to get to than Jaume I (which is on line 4) then head there. There’s only a couple of minutes difference in walking between them. There are also plenty of buses which take you to Plaça de Catalunya. However you get there, just make sure you do!

Barcelona Cathedral is a beautiful example of Gothic architecture, built 700 years ago. It is one of Barcelona’s top attractions and is conveniently located in the centre of the city.