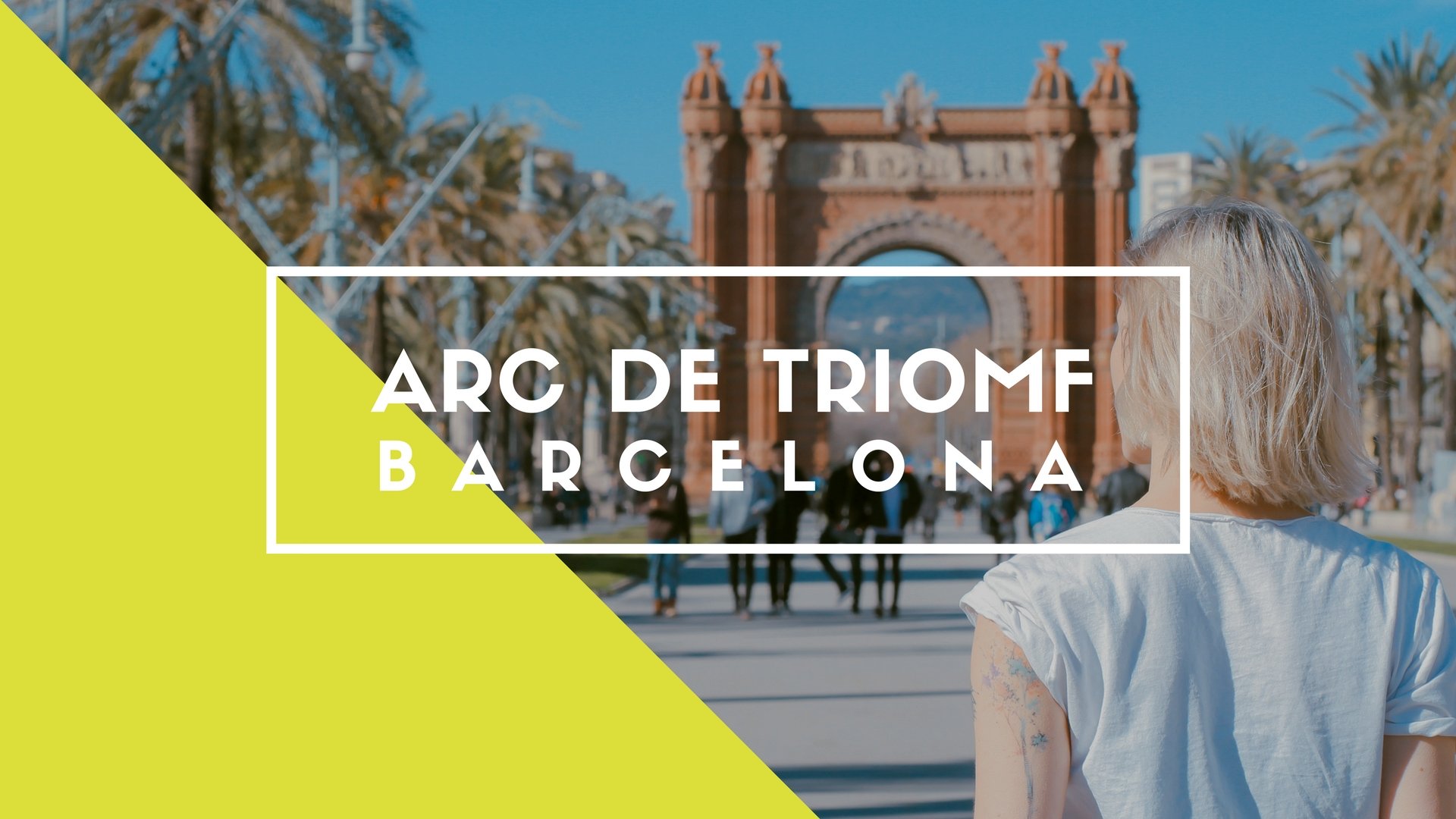 The Arc de Triomf (triumphal arch) is a must-see in Barcelona. The arch itself is an impressive and beautiful structure. The brickwork (if you’re interested!) was built in the Neo-Mudéjar style and it has lots of artwork to look out for, including a statue by Josep Reynés and stone carvings by Josep Limona. Going to the Arc de Triomf isn’t just about the arch though. Wait, what? It was built in 1888 for the Barcelona World Fair as an entrance to other projects they had commissioned. The best thing is to treat it in the same way. Certainly go to the arch itself, marvel at it and get lots of photos. You can stand at a distance and make the arch look like your hat or sitting on your hand! It is, however, an entrance to much more.

Two other famous projects nearby the Arc de Triomf were brought by this World Fair: Ciutadella Park and a 60 metres high monument to Christopher Columbus. If you stand under the arch you can see into Ciutadella Park, down one of its many paths. You’ll also see, in reverse, many people taking photos from the park towards the arch. What makes these photos so stunning? It isn’t just the arch and the park. There’s a long boulevard stretching between the two. The Spanish really appreciate wide, open spaces. Cars are second to people. There’s no greater example of this than their boulevards. La Rambla is the most well-known boulevard in Barcelona but the Arc de Triomf’s ‘Saló de Sant Joan’ boulevard is much more spacious and ornate. You will find street performers, families and lots of kids hanging out here, skateboarding, roller-skating and generally having a good time. We’re sure you will too!

Arc de Triomf is very accessible. There’s the metro ‘Arc de Triomf’ which, of course, brings you out right by the arch. There are lots of buses and, if you’re staying centrally, it will be a short walk or taxi ride there. One suggested route to take would be to start at the Arc de Triomf (treating it as the entrance it was intended to be!). Wander down the 'Saló de Sant Joan’ boulevard, soaking up the relaxing Spanish vibes. It has a really fun, friendly and happy vibe to it so enjoy! Then make your way into Ciutadella Park (perhaps with a picnic) and spend a couple of hours relaxing and thinking what a good choice you have made! You could then make your way to the beach at Barceloneta or Nova Icaria (a short walk away). Catch the late afternoon sun and head to one of many great restaurants nearby for your dinner. If you’re staying anywhere close to the centre, you won’t be too far from where you started. A good day!

Arc de Triomf is an iconic monument in Barcelona. A really fun area, near lots of other great locations. Recommended for everybody!

4.8 (5 votes)
Grab Exclusive Member's ONLY Deals For Dozen's Of Other Attractions In Barcelona